Got Your Eye On An Iphone? Here’s The Latest

﻿Got Your Eye On An Iphone? Here’s The Latest 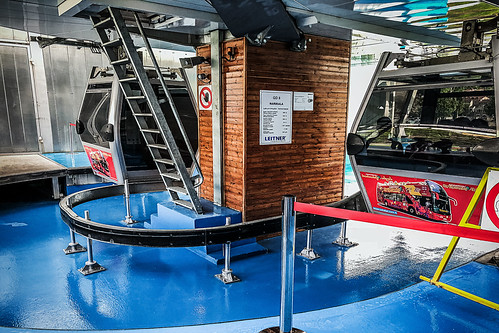 The iPhone goes on sale on June 29th, are you ready? Read the latest tips on snagging your own iPhone.

Do you have your heart set on an iPhone? You may want to get in line now. A May poll by research firm M:Metrics revealed that about 19 million U.S. cell phone users are ready to fork over as much as $599 for the new iPhone. That’s almost what Bernstein Research predicts Apple will sell through 2008.

The new iPhone will go on sale June 29 and all indications are the demand will be huge. AT&T is hiring 2000 temporary workers to help with the launch. Apple CEO Steve Jobs has forecast sales of 10 million iPhones in the first 18 months –a conservative estimate based on independent research.

AT&T nabbed the iPhone exclusive early on. M:Metrics analyst Mark Donovan said “Two-thirds of the people who said they have a strong interest in buying an iPhone currently subscribe to AT&T’s three biggest competitors.” He added “In this mature market, it’s all about stealing customers from competitors.”

Even the hefty price tag – as much a $599 with a two year contract – does not seem to discourage potential buyers. It is still unclear what plan AT&T will require with the iPhone but you can be sure the lure of technology will overpower the fear of the unknown. Donovan noted that once the initial group gets its iPhones contract pricing may be a barrier to some buyers.

Because of the youthful demographic, T-Mobile customers seem to have the most interest in changing. According to the M:Metrics survey, 12.5% of T-Mobile subscribers expressed a high interest in buying the iPhone, compared to 8.1% for Sprint Nextel customers and 6.7% for Verizon users.

• Get your www.CellForCash.com transaction started right away. You can have your box by the time you get your iPhone and some cash in your pocket to help you get past the sticker shock.

• AT&T spokesman John Kampfe says “The iPhone will be available…only in AT&T-owned retail stores, Apple retail stores and through Apple’s online store.” Check out Apple’s online store on June 29. According to Steve Jobs the iPhone is set to go on sale at 6 p.m. that day. But forget trying AT&T’s site; the company says it won’t be selling iPhones online, at least initially.

• Call a few local AT&T stores and see if you can get on their waiting lists or if your local sales representative has any tips about how that particular store is handling requests.

• Show up early at an Apple store or company-owned AT&T store before they open on June 29. The big question is how many phones each store will stock.

• Wait until the June 29 launch mania dies down and hope that AT&T and Apple decide to allow locally owned AT&T agents to sell the iPhone.

AT&T Inc. has spent $50 million on its network in anticipation of the heightened activity expected to follow the iPhone’s debut on the 29th, anyone willing to break their existing contract can expect to pat $175 on top of the cost of the new gadget.

Apple is hyping this product like no other and it’s far from over. Stay tuned for more info as we get it.